Rachel Potter is Professor of Modern Literature at the University of East Anglia. She writes on literature and censorship, free expression and writers organisations, modernist literature and early twentieth century culture. She has been exploring the early history of International PEN for a number of years, research which is central to her forthcoming book, The World Literary Republic: Literature and Free Expression 1921-1948. Her published books include Obscene Modernism: Literary Censorship and Experiment 1900-1940 (OUP, 2013), The Edinburgh Guide to Modernist Literature (EUP, 2012), and Modernism and Democracy: Literary Culture 1900-1930 (OUP, 2006).

Peter D. McDonald is Professor of English and Related Literature at the University of Oxford and a Fellow of St Hugh’s College. He writes on literature, the modern state and the freedom of expression; the history of writing systems, cultural institutions and publishing; multilingualism, translation and interculturality; and on the limits of literary criticism. His main publications include British Literary Culture and Publishing Practice, 1888-1914 (CUP, 1997), The Literature Police: Apartheid Censorship and its Cultural Consequences (OUP, 2009, theliteraturepolice.com), and Artefacts of Writing: Ideas of the State and Communities of Letters from Matthew Arnold to Xu Bing (OUP, 2017, artefactsofwriting.com).

Laetitia Zecchini is a research fellow at the CNRS in Paris. Her research interests include contemporary Indian poetry and the politics of literature. She also writes on questions of censorship, translation, postcolonial criticism and world literature/world modernisms. Her main publications include a translation of Kolatkar’s Kala Ghoda Poems into French (Gallimard, 2013); Arun Kolatkar and Literary Modernism in India, Moving Lines (Bloomsbury, 2014) and the co-editing of the following special issues : “Problèmes d’histoire littéraire indienne” (Revue deLittérature Comparée, 2015), “A partir de l’Inde” (Littérature, 2016), “The Worlds of Bombay Poetry” (Journal of Postcolonial Writing, 2017). 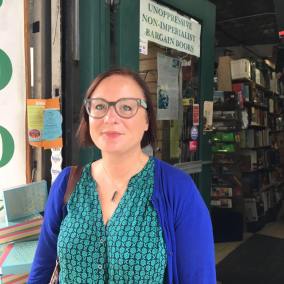 Katherine Cooper is the Senior Research Associate on the project. Her own current work looks at refugees and the PEN Club, and she has worked extensively on the life and works of former English PEN President, Margaret Storm Jameson, publishing War, Nation and Europe in the Novels of Storm Jameson (Bloomsbury, 2020). She has carried out much of the archival work, particularly that relating to English and International PEN, and oversees the day-to-day running of the project itself.

Dr Kate Highman is a postdoctoral research assistant at the University of Oxford, working on the South African aspect of the project. 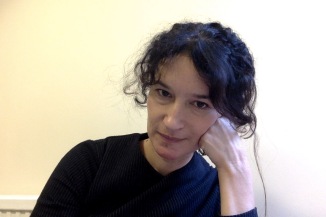 She will be be tracing the history of the different PEN centres in South Africa and exploring changing ideals of free expression and how such expression is shaped by material conditions, notably copyright legislation. She is also an honorary research associate at the University of the Western Cape, South Africa, where her work has focussed on debates about plagiarism and cultural ownership in South African letters and on the history and politics of English Literature as a university discipline in South Africa.

Dr Chinmay Sharma is a postdoctoral research associate at CNRS-Thalim, Paris, working on the Indian arm of the project. He has traced the history of All-India PEN and its

impact on fostering free speech, internationalism, and modernism in Indian cultural discourse, along with other non-governmental organisations like the Progressive Writers’ Association, SAHMAT et al. He is now at Assistant Professor at Shiv Nadar University where his research has focused on contextualizing, linking, and carrying out close reading of Mahabharata re-tellings in Hindi and English television, theatre, and publishing after 1947 that grappled with, among other things, issues concerning freedom of speech, nation-building, internationalism, globalization, and modernity/modernism.