This week more than 400 PEN members from across the world are gathering in Pune, India for the PEN International Congress. 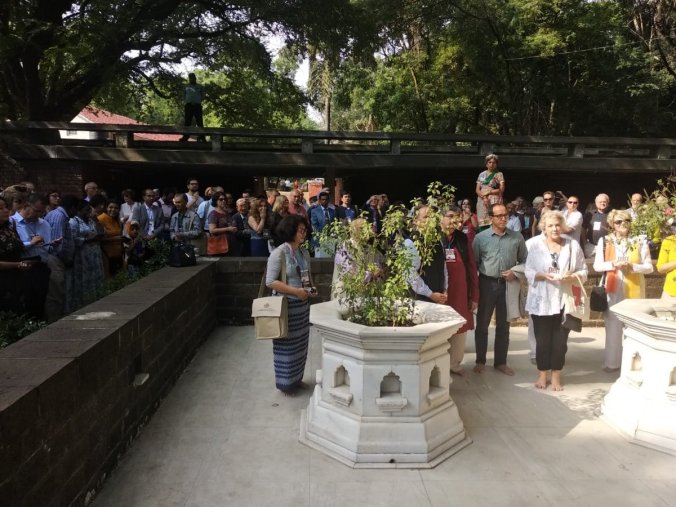 Writers from all over the world – including Ngũgĩ wa Thiong’o, Ashok Vajpeyi, Gulam Mohammed Sheikh, Ashis Nandy and PEN International President Jennifer Clement – will gather to discuss linguistic rights, the freedoms of writers across the world and key PEN achievements of the last 12 months including the Women’s Manifesto and the Make Space campaign for displaced writers.

These Congresses have a special place in the history of PEN and are often places where key organisational policy and standpoints are decided.

At one of the first congresses in 1933, then International President H.G. Wells expelled the German PEN delegates for their stance on the increasing persecution of Jewish writers in Germany.

As an organisation dedicated to political impartiality but also to human rights and artistic freedom, this was the first time PEN had taken serious stance on the politics of its member centres and marked a crucial step toward the organisation becoming a more active force in world politics.

Since then these annual congresses have brought delegates together to discuss such key world events as the end of World War Two, the impact on writers of the fall of the Berlin Wall and whether to become involved in the campaign for the release of Nelson Mandela.

In the business-sessions of these Congresses writers such as Arthur Miller (then International President) have fought to diffuse Cold War tensions between individual national Centres, to offer responses to Apartheid in South Africa, to support writers in prison across the world, to persuade, unite and meaningfully deploy a hugely diverse community of writers from more than 100 centres across the world.

Resolutions have been offered in solidarity with Salman Rushdie, in condemnation of the killing of Mexican journalists, on UN policy on censorship and much much more, helping PEN to forge its identity as an international campaigning organisation.

More informally, these sessions have always included social trips and dinners, bringing writers together to share creative practice and to forge friendships.

E.M. Forster and Hermon Ould travelled to first PEN Congress held in India – in Jaipur in 1945 – both forming close and lasting friendships with Indian colleagues and even travelling widely throughout the country as part of their trip.

Since that time Indian PEN has played a key role in the organisation, leading on important issues such as linguistic rights. Working with Laetitia Zecchini, our Research Associate Chinmay Sharma is currently working through the archives of Indian PEN to unearth its fascinating history. He will also be attending the Pune Congress.