Writers and artists fighting for freedom of expression worldwide have been honoured in the shortlist for the Index on Censorship Freedom of Expression Awards.

A Zimbabwean pastor who was arrested by authorities for his #ThisFlag campaign, an Iranian Kurdish journalist covering his life as an interned Australian asylum seeker, one of China’s most notorious political cartoonists, and an imprisoned Russian human rights activist are among those shortlisted.

The awards are crucial for drawing attention to the causes of artists, writer, journalists and campaigners facing persecution all over the world for their work.

Sixteen people have been shortlisted, some of whom face violence, imprisonment and even death at the hands of authorities and extremist groups.

Nominees include Pastor Evan Mawarire whose frustration with Zimbabwe’s government led him to the #ThisFlag campaign; Behrouz Boochani, an Iranian Kurdish journalist who documents the life of indefinitely-interned in Papua New Guinea as they seek asylum in Papua New Guinea; China’s Wang Liming, better known as Rebel Pepper, a political cartoonist who lampoons the country’s leaders; Ildar Dadin, an imprisoned Russian opposition activist, who became the first person convicted under the country’s public assembly law; Daptar, a Dagestani initiative tackling women’s issues like female genital mutilation and domestic violence; and Serbia’s Crime and Corruption Reporting Network (KRIK), which was founded by a group of journalists to combat pervasive corruption and organised crime. 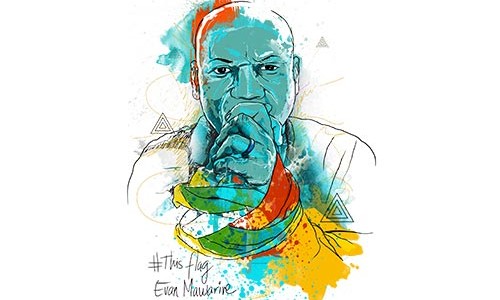 Other nominees include Hungary’s Two-tail Dog Party, a group of satirists who parody the country’s political discourse; Honduran LGBT rights organisation Arcoiris, which has had six activists murdered in the past year for providing support to the LGBT community  and lobbying the country’s government; Luaty Beirão, a rapper from Angola, who uses his music to unmask the country’s political corruption; and Maldives Independent, a website involved in revealing endemic corruption at the highest levels in the country despite repeated intimidation.

One of last year’s winners Charlie Smith of GreatFire said:’The GreatFire team works anonymously and independently but after we were awarded a fellowship from Index it felt like we had real world colleagues. Index helped us make improvements to our overall operations, consulted with us on strategy and were always there for us, through the good times and the pain.’

“The creativity and bravery of the shortlist nominees in challenging restrictions on freedom of expression reminds us that a small act — from a picture to a poem — can have a big impact. Our nominees have faced severe penalties for standing up for their beliefs. These awards recognise their courage and commitment to free speech,” said Jodie Ginsberg, CEO of campaigning nonprofit Index on Censorship.

Index on Censorship was set up by the poet Stephen Spender in 1972, to help to advocate for writers and free expression.

The winners will be announced at a ceremony on 19th April and will each recieve an Index on Censorship fellowship which provides support and training in areas such as advocacy and communications.

Winners, who will be announced at a gala ceremony in London tomorrow.